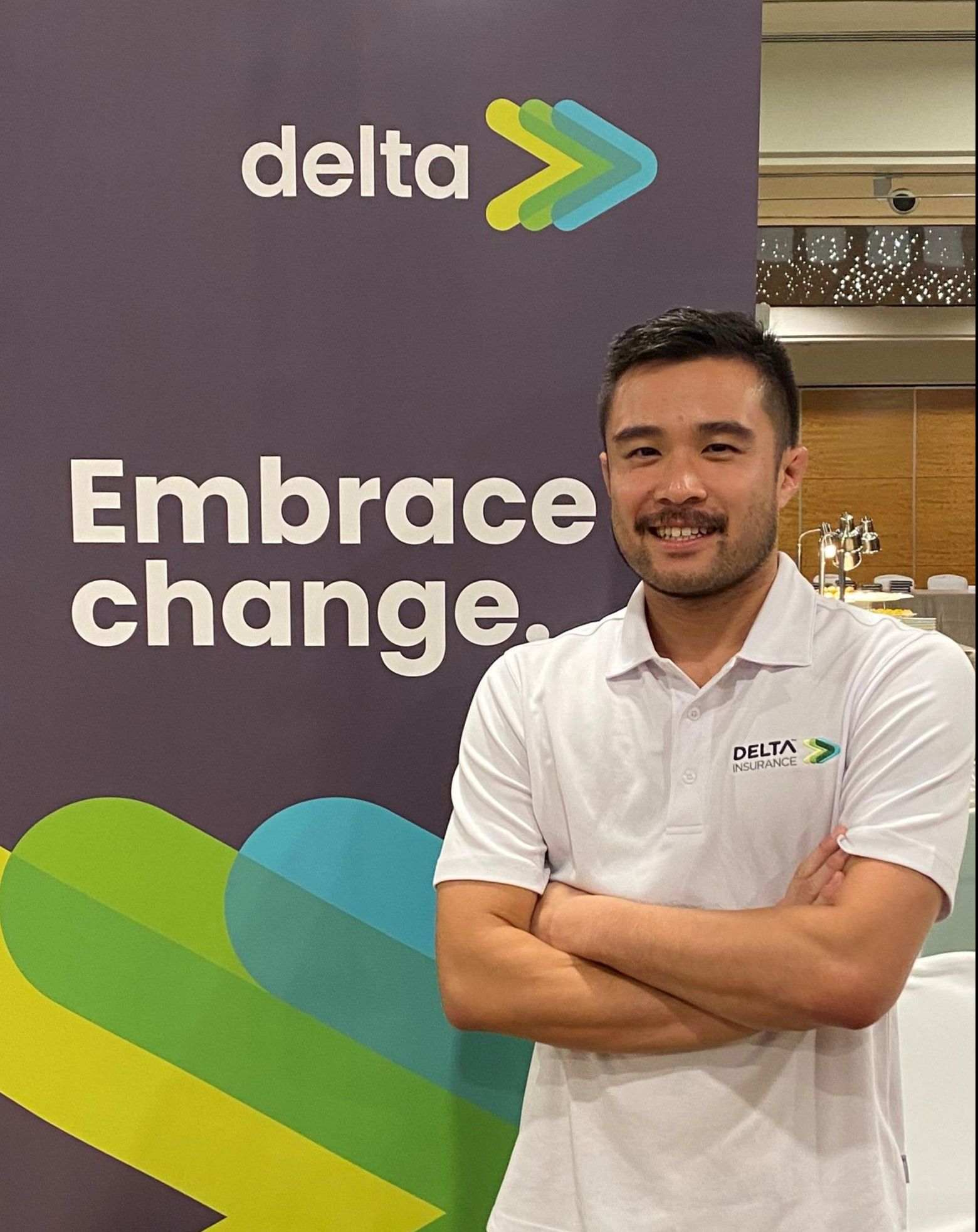 Delta Insurance Singapore underwriter Jasper Hartono moved to the Asian city from Delta’s New Zealand head office – but not before impressing the Insurance Business New Zealand judges that he deserved to be one of their 28 “Rising Stars” – most promising young insurance professionals - for 2022, along with Kiwi colleague, Kate Murray.

Jasper was born in Auckland but moved to Singapore in 2019, following a commerce degree majoring in accounting and IT. But he might not have ended up at Delta if it wasn’t for jiu-jitsu, he says. He’d worked at another insurance company before a fellow martial artist at his Auckland dojo introduced him to Ian and Craig at Delta in 2016 – and they offered him a job as a graduate underwriter, the second grad they’d taken on.

Three years later and with Delta growing a presence in Singapore and Asia, the move to Singapore in 2019 was a logical one. “I’d been in Auckland since I was born and I felt a change would be good – but I was also motivated by reconnecting with my roots. My parents’ families had lived in Singapore and my parents went to school there, so it was cool to retrace their steps. Plus, I’d hardly seen my grandparents, and now I can catch up with them regularly.”

He's a strong advocate of insurance as a career. “People commonly see insurance as just domestic products – life, house, car insurance and so on – things they can relate to. But there’s a lot more to it than that, especially at Delta, and you need a lot of technical insurance knowledge like pricing and understanding risk in a number of special product areas. There’s also a strong interpersonal side to it; where you work with brokers and other stakeholders – stuff the public doesn’t really see.

“I liken it to building and selling a house. We’re the builders and the brokers are the real estate agents – they give us the specifications for the house to fit the market.”

A key skill to have in insurance work is perseverance, says Jasper. “I see it as a strength. You need to be able to keep going. Those 1% steps forward may seem small but if you persevere and take a helicopter view of your progress, it eventually adds up to success. Perseverance is a skill that serves you well in all aspects of life.”

Another attribute that has become important over the last year or so is encompassed by the Delta slogan “Embrace change”, says Jasper. “There’s been so much going on over the past few years, that the slogan really resonated with me. We are constantly learning and you never stop learning in a world of change. If you do not embrace change, you become stagnant. We must embrace change every day, as when things change it is important to understand what you can and can’t control, focus on what you can – and sometimes just go with the flow.”

Being in Singapore has been refreshing, says Jasper. “It’s a nice place to be. I now have my local food stall where they recognise me when I walk in and know exactly what my order is without me asking. I like that.” He’s looking forward to exploring more of Asia too, and not just as a tourist – It’d be nice to work in other parts of Asia too and experience that feeling of being a local.”